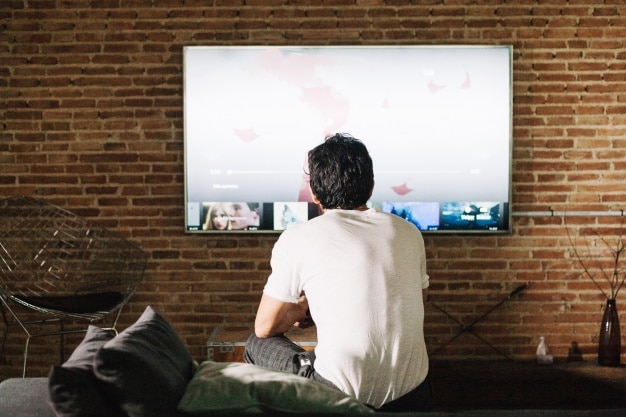 TV is an electronic appliance that you might change every 6 to 7 years. This is because within that period of time your TV might feel and look outdated as compared to the newer models.

In recent times, due to the pace of technological advancement, newer TV models with new features are launched every year.

Buying a TV these days has become quite frustrating because there are so many options and choices and understanding the difference can be really tough. No matter which TV you buy, TV insurance is a must.

The following list will take you through each type of TV available in the market today.

The different types of television technology are as follows:

Direct View TVs are just a renamed and rebranded version of the classic cathode tube TVs. the cathode ray tube TVs dominated the market for over a century.

However, if you are willing to buy a Direct View TV then you are probably out of luck as most of the TV manufacturers have stopped the of these models due to the new models and technology.

However, if you still have one back at your home, then you won’t regret owning it if you are a true gaming fan. If you are into gaming, especially old classic video games like duper Mario and duck hunt then having a direct view TV can prove to be very important. You can protect them under a good home warranty plan as well.

Most of the first-gen classic video games were designed especially for cathode ray tube TVs. most of the modern TVs won’t be compatible with these games and even if you play, the game will lag and look torn.

Cathode-ray tube or Direct view  TV technology might sound like history now, but in the future may be reclassified as vintage. And while you can’t get brand new direct-view TV anymore, there are still plenty of used options available in the preowned market.

Plasma displays are designed as a cellular grid with pixels that contain the plasma. Plasma is an ionized gas that responds to electric fields. The plasma layer is flanked by electrodes, with glass panels in the front and rear.

While an improvement in many ways over cathode-ray tubes, plasma TVs were still bulky, and they were and are susceptible to “burn-in,” or image retention, over time.

DLPs use an optical semiconductor chip with over 1 million mirrors that process digital signals by tilting to varying degrees, reflecting light in deferent directions to create an image.

However, newer technologies that are thinner, quieter, have faster response rates, and use less energy have caused the shutdown of DLP TV production as of 2012.

LCD technology uses a matter in a unique state called liquid crystals. In this state, molecules are fluid but retain a specific crystal structure such that they are all oriented the same way.

For LCDs, each pixel of the display contains several precisely oriented liquid crystal molecules that are aligned between two electrodes and two polarizing filters. When the screen is inert, no light can pass through.

But when an electric field is applied, the liquid crystals rotate to a degree dependent on the voltage applied, which lets a corresponding amount of light pass through the screen at that pixel.

So, by applying different voltages to different pixels across the screen, an image can be viewed. Most LCD TVs today are backlit with LED lights and are sometimes just referred to as LED TVs.

The organic compound, which can be small molecules or polymers, is situated between two electrodes, at least one of which is transparent for viewing the fluorescent compound clearly.

Unlike LCDs, no backlighting is required since the compound itself is light-emitting, so OLEDs can display deeper blacks than LCD screens and generally display greater contrast ratios in ambient light. They can also be even thinner and lighter than LCDs because filter layers are not required.

QLED is the latest technology in the world of TVs. Quantum light-emitting diode (QLED) displays are the next generation of LCD displays and they might replace them soon completely.

However, OLEDs still have better contrast ratios as compared to QLEDs. But QLED screens can be larger, longer-lasting, and are not susceptible to burn-in. Plus, QLED TVs are more affordable than OLED TVs, ranging between LCDs and OLEDs in price.